We are not exactly the safari type. That is, it always seemed like a white privilege ultra touristy somewhat inauthentic experience. But since we were coming to Africa, the lure was too strong. Everyone told us to come to Kruger. But then again, everyone told me to go to the San Diego Zoo and I am so, so not a zoo person! But this time, we were not lead astray. We are actually in a game reserve called Thornybush, just next to Kruger, in a place called Chapangu Tented Camp. The walls of our luxurious antique furnished “tent” are indeed canvas, but the AC, the sherry-filled crystal decanter, the giant bathtub on the secluded back porch all point to a level of decadence that we have never before experienced while “camping”. And the food, although a little uneven, was sometimes fantastic and always plentiful. And the wine was great. 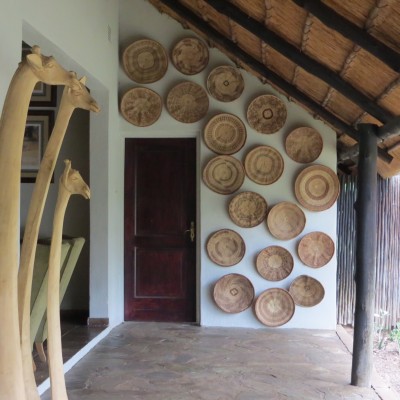 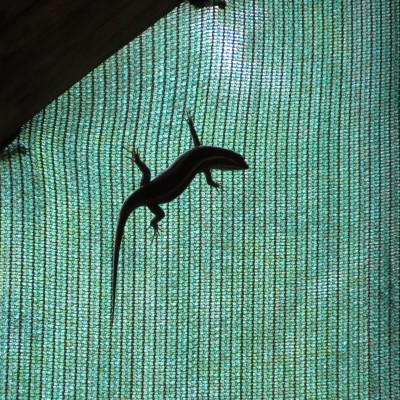 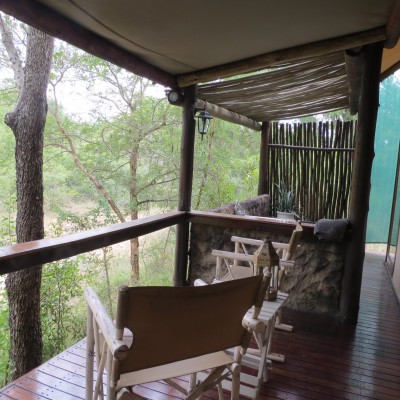 sherry on the veranda 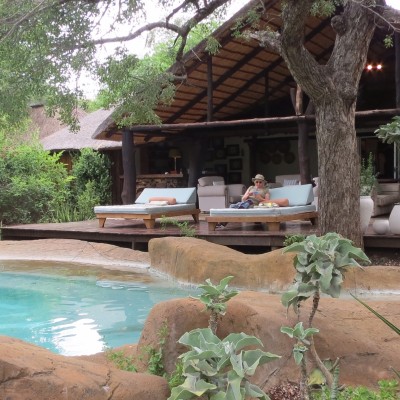 relaxing by the pool 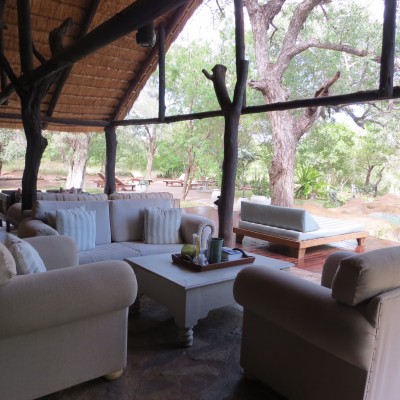 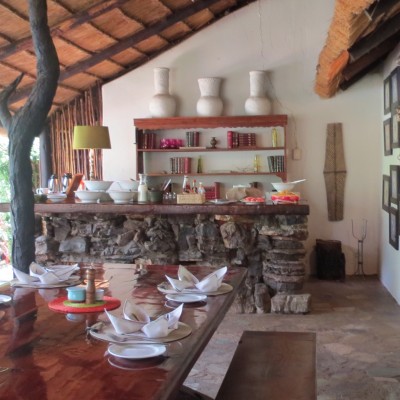 We stayed at Chapangu for two nights, which included four safaris. Two in the evening, and two at 5:30 am–no chance to cave in to jet lag! Our ranger, Gerhard (an Afrikaaner with an English wife named Natalie and an adorable two-year old), and our Xhosan tracker, Oscar,  took us out in the giant open Range Rover (well I think that’s what it was) for about 3 hours each time. Twice we had another couple with us, but the other two times it was just us. We immediately saw a leopard (the rarest find) who was considering what to do about an old blind water buffalo that wandered by, and a herd of curious zebra. But he was young and not very hungry so (thankfully for me) no blood was drawn. But what a spectacle! We were within several feet of these amazing animals! Apparently they are accustomed to the vehicles, and as long as we were in them, they didn’t seem to care that we were gaping at them. Quite quickly we ticked off the big five: leopard, lion, rhinoceros, water buffalo and elephant. I felt a little hurt that my personal favorites–giraffes and zebras–were not among the elite, apparently because they did not present the same challenge and trophy value to hunters of old. Actually, just driving around this beautiful landscape was almost enough for me, but adding the twenty or thirty different animals–and lots of them–was like driving through a Disney movie. Such pageantry! And stopping at sunset for a gin and tonic was pretty fun too! 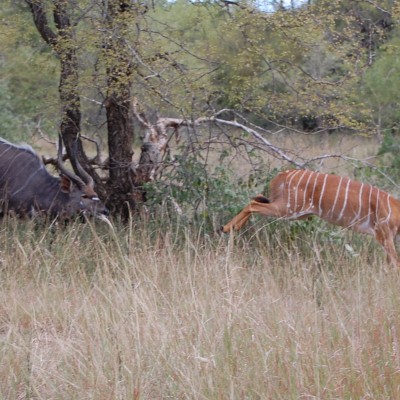 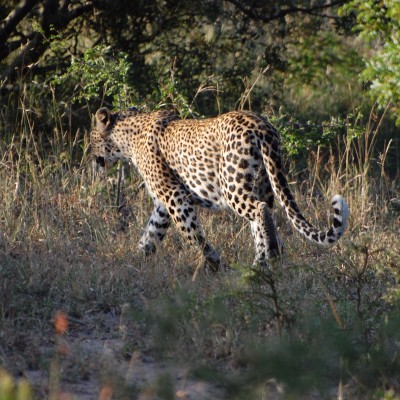 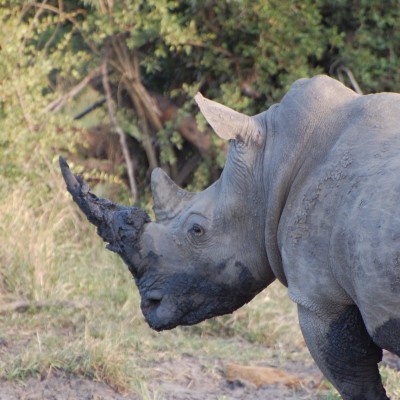 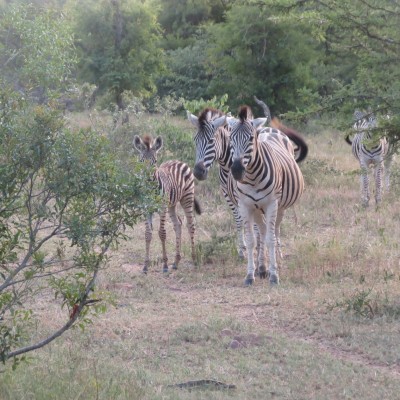 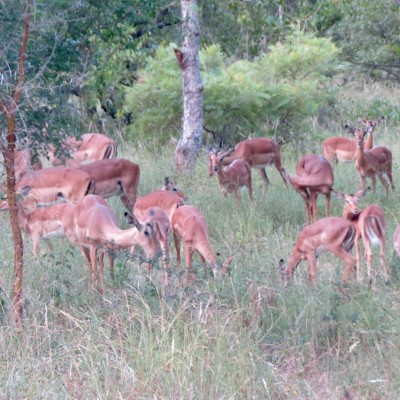 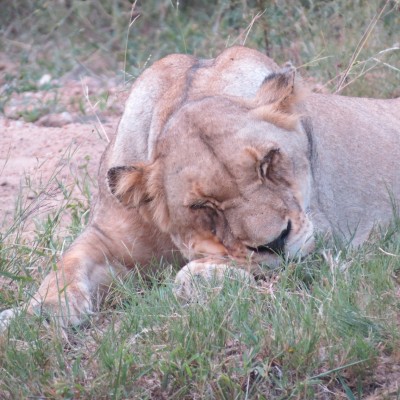 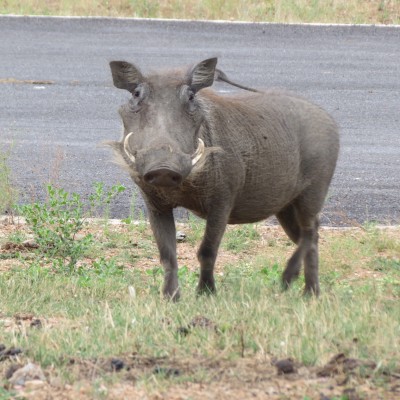 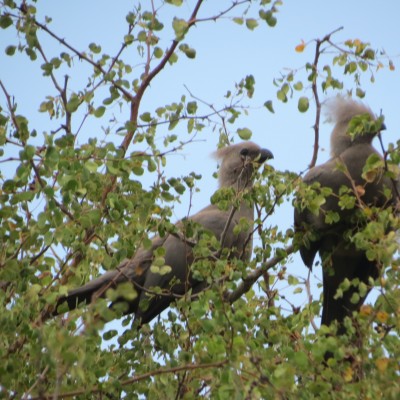 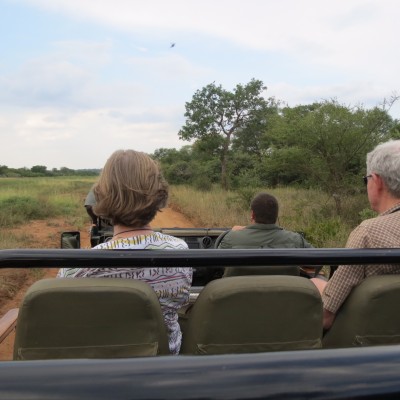 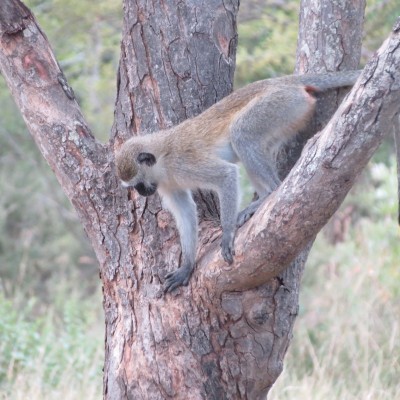 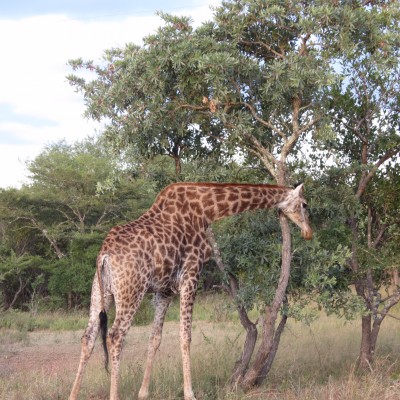 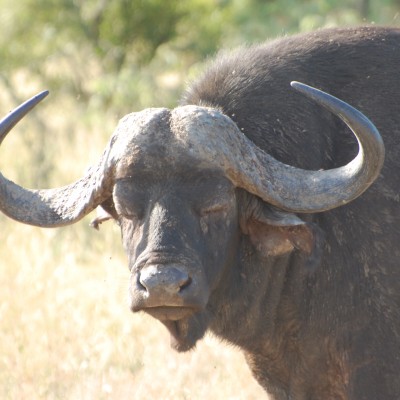 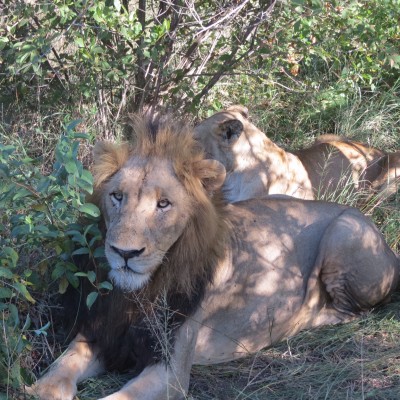 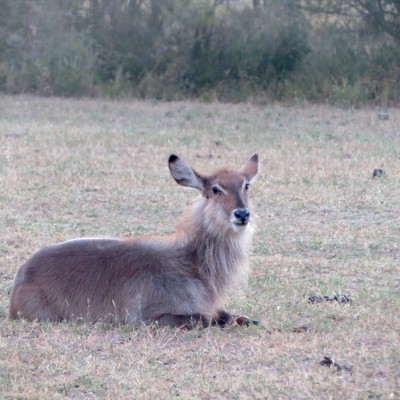 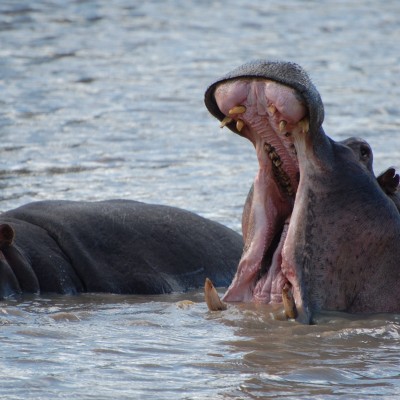 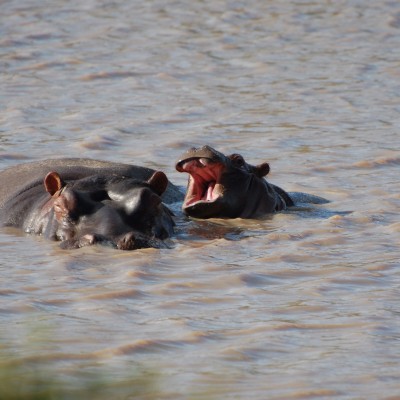 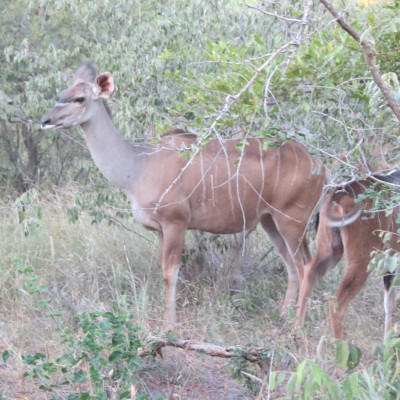 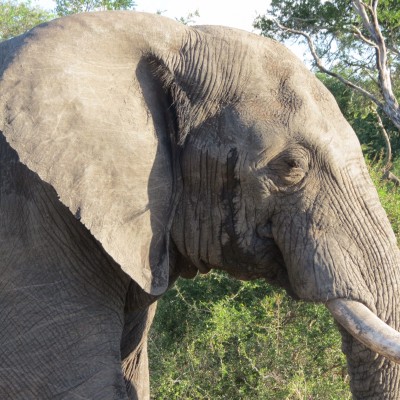 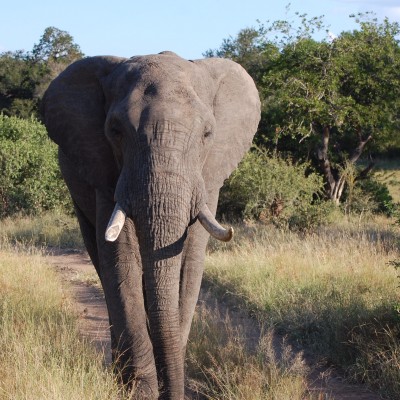 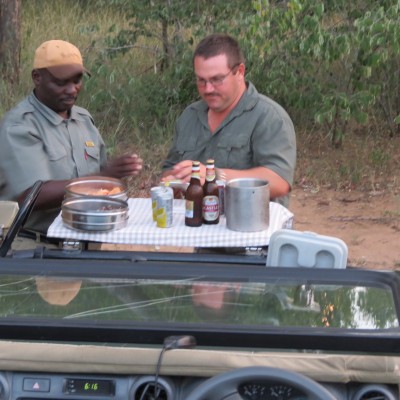 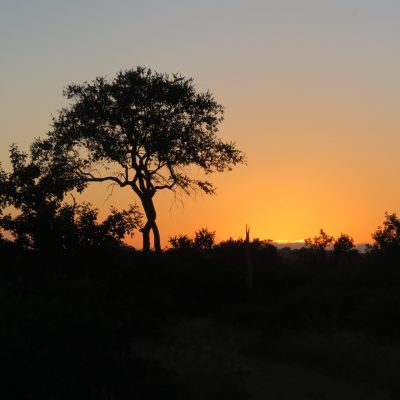