I think I had maybe heard the word Karoo somewhere, sometime, but we really didn’t know what it was all about. Probably you don’t either. So this is the region in South Africa on the other side of the mountains that separate it from the lush coast. There is the Karoo, strictly speaking further north, and the little Karoo where we were. It is a semi-desert region and in the summer, it is really, really hot. Like Arizona. It has vast plains, rimmed by purple mountains and lots and lots of ostrich farms! Yes, ostrich farms. Apparently the climate is too hot for cattle and other more familiar animals, but in the 19th century, ostrich were prized for their feathers, and now for their hides (the cowboy boots from Texas that little dots on them–they are ostrich probably from South Africa), and their meat. The meat is lean and tasty as long as it is seared quickly and served rare. Well done it is like that cowboy boot leather. The farmers are almost exclusively Afrikaan, which means they speak a language derived from 16th century Dutch, the original settlers. But they also speak English. They are decidedly more conservative than the English speaking folks we met on the coast, but still friendly, and since we knew nothing about the place it was fascinating and unexpectedly beautiful. Our hotel this time, La Plume, just outside of Oudtshoorn was the former ancestral home of an Ostrich Farmer name Dutoit (pronounced doo-TOW-it) but clearly speaks to some Huguenot ancestry, of which this farmer was certainly proud. But he was Afrikaan through and through. 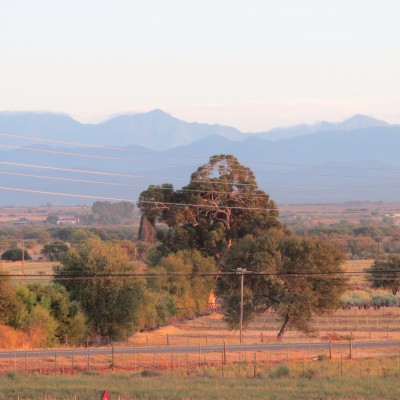 plains and mountains in Klein Karoo 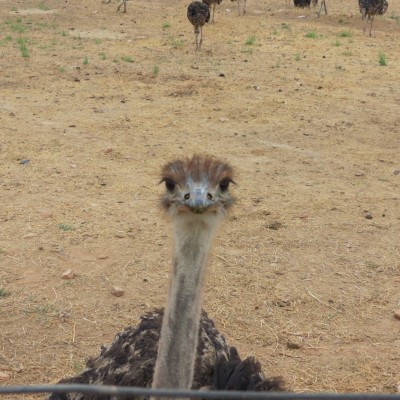 Appparently they are really stupid 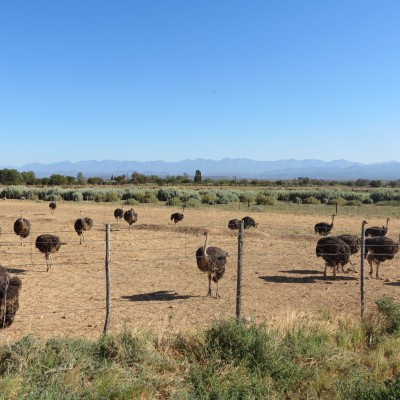 Ostrich instead of cattle 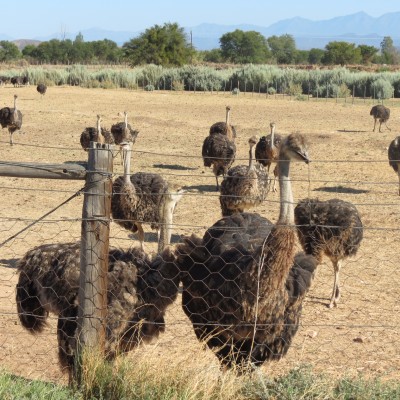 They come right over if you stop 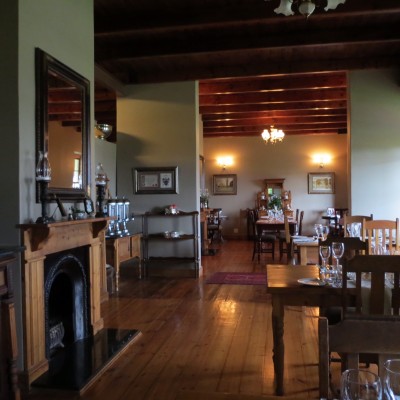 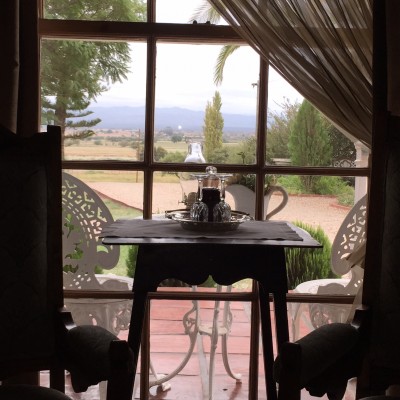 View from our window at La Plume 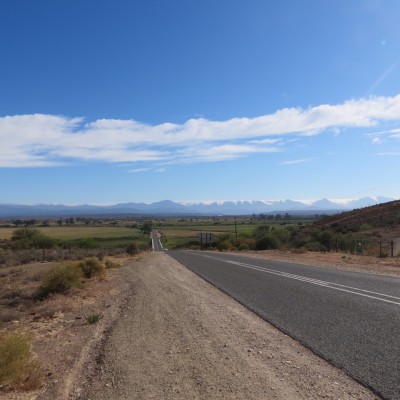 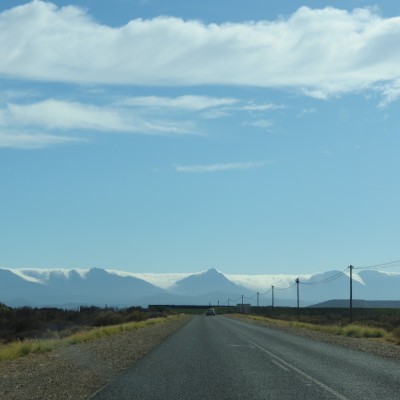 Low clouds in the valleys 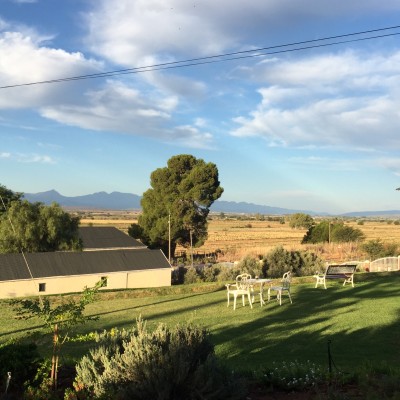 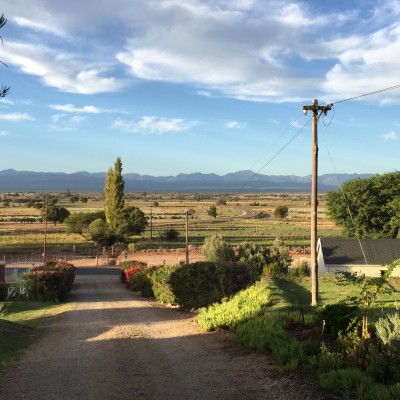 We decided to skip some of the touristy sites around but we did go to Cango Caves, and if you like caves like I do, it was great, and our guide was cool. Again, we had a bite to eat here and the grilled cheese sandwich (a South African standard), served on a big deck overlooking the mountains, was good. We had planned to drive across the treacherous Swartberg Pass and knew there would be no restaurants for a couple of hours at least, so we needed to fuel up. Oh, and we did travel with two boxes of Kind bars for emergencies. We are both known for getting super-grumpy when hungry and having a snack on hand saved us from a lot of skirmishes! In the Caves we did encounter our largest group of Americans, traveling en masse in big coaches. I don’t know why Americans seem so loud and ignorant abroad, but they do. We hid. 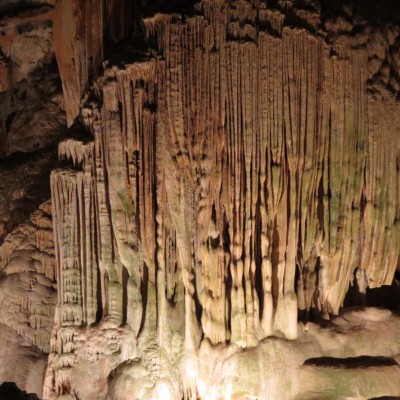 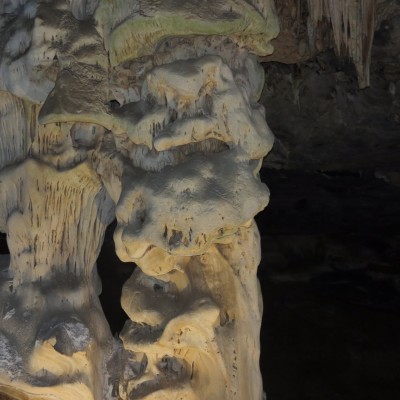 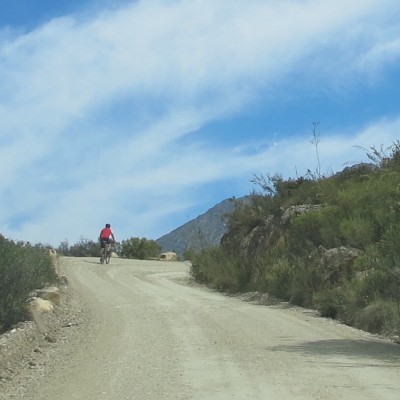 we were a bit jealous of the cyclists 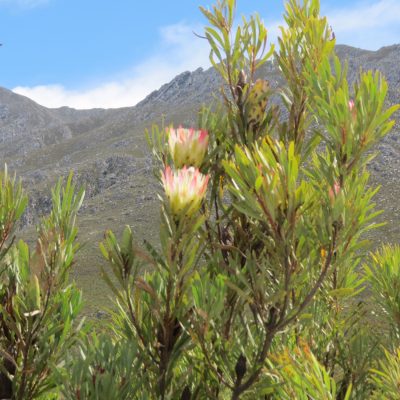 Protea is the national flower of SA. Must be amazing in season 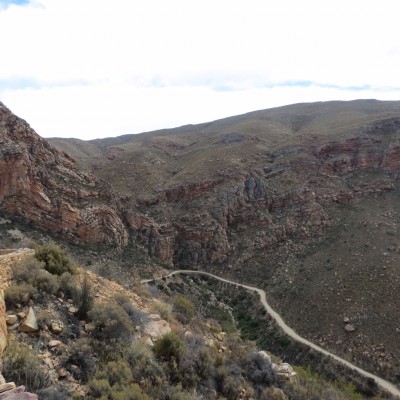 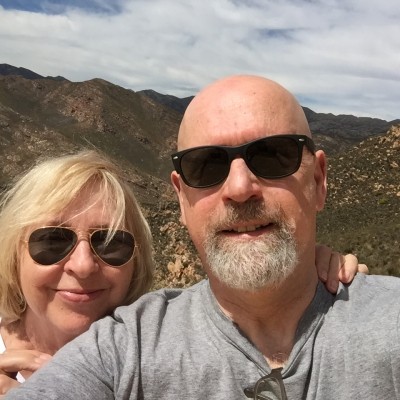 just beyond the top of the pass 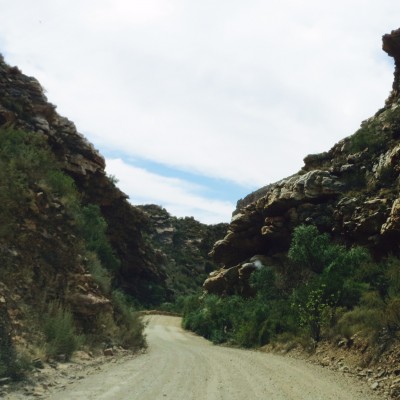 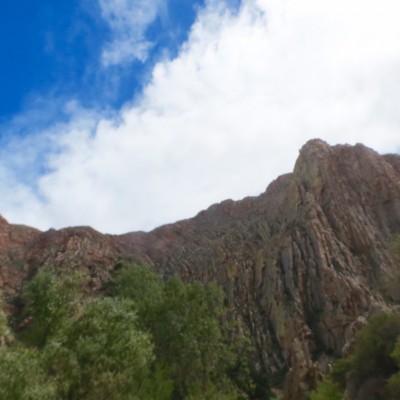 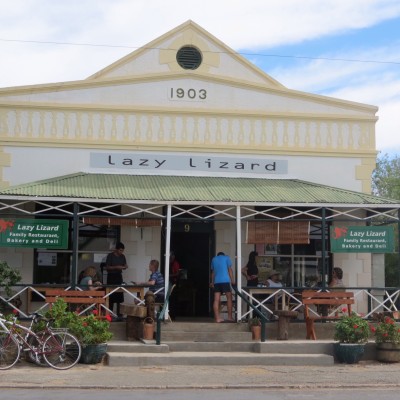 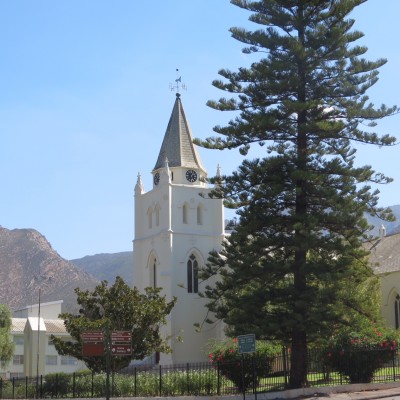 The charming town of Prince Albert 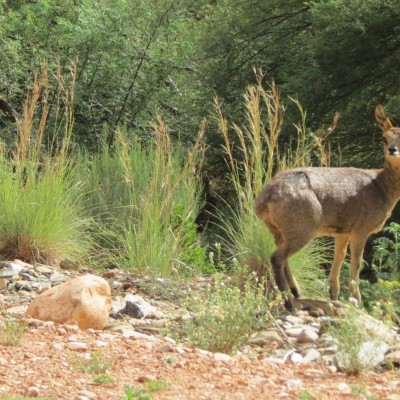 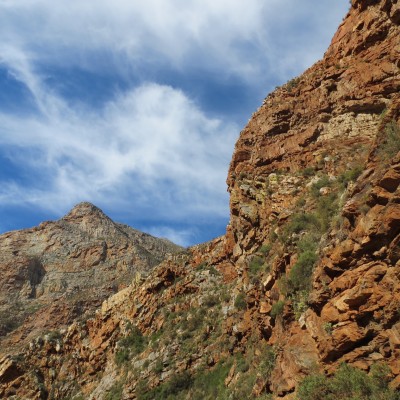 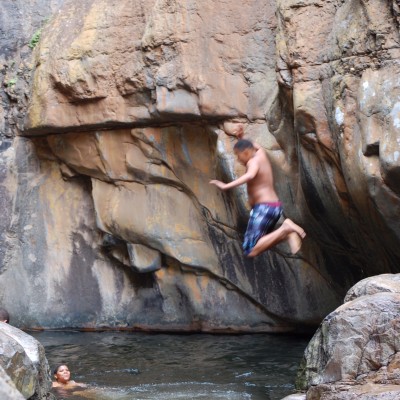 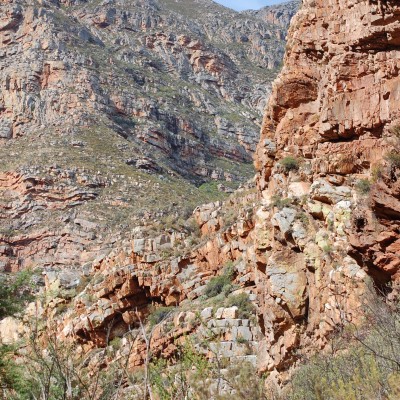 The pass was long, a little scary but it was nice to be out with the more adventurous types. Prince Albert on the other side, was a nice town with cafes, shops and restaurants. We returned to Oudtshoorn on the “normal” road, which frankly, was just as beautiful. We felt like we were driving along the bottom of the Grand Canyon. Well, it’s not as big, but it was more accessible. Ray was thrilled to see the mini-antelopes. They are about the size of medium size dogs.