We left Oudtshoorn and headed west on Route 62, and after a couple of hours of driving we crossed into wine country. Suddenly the desert was behind us and the vegetation became more lush. There were also more people in the towns we drove through, and more restaurants. It was lunch time so we consulted with Trip Advisor, which incidentally did not lead us astray, and we used it for finding cafes and restaurants whenever we didn’t have a direct recommendation from an actual person.

This time, in Montagu (aww, who did this make us think of–even if it isn’t spelled correctly?) we had lunch at the Rambling Rose. It was great. Like many “cafes” that we encountered in South Africa (ok we went to three of them, but still) there seems to be a theme of offering coffee, tea, cakes, lunch, wine, beer in quaint settings within a shop full of local crafts and foods for sale. It was informal, comfortable and delightfully quirky! The menu here was among the most international we had seen. You could have burgers, lasagne, thai, malay curry, English breakfast and charcuterie. We went straight for the curry. It turns out that the curry my mom always made and I always felt apologetic for as being not “authentic”, is in fact, exactly like Cape Malay curry. South Africa is directly on the spice trade route and has a layer of spicy sandwiched in between standard northern European fare. Cape Malay curry, and another spicy dish, a little like moussaka, called Bobotie are mainstays of South African cuisine. It was all delicious!! 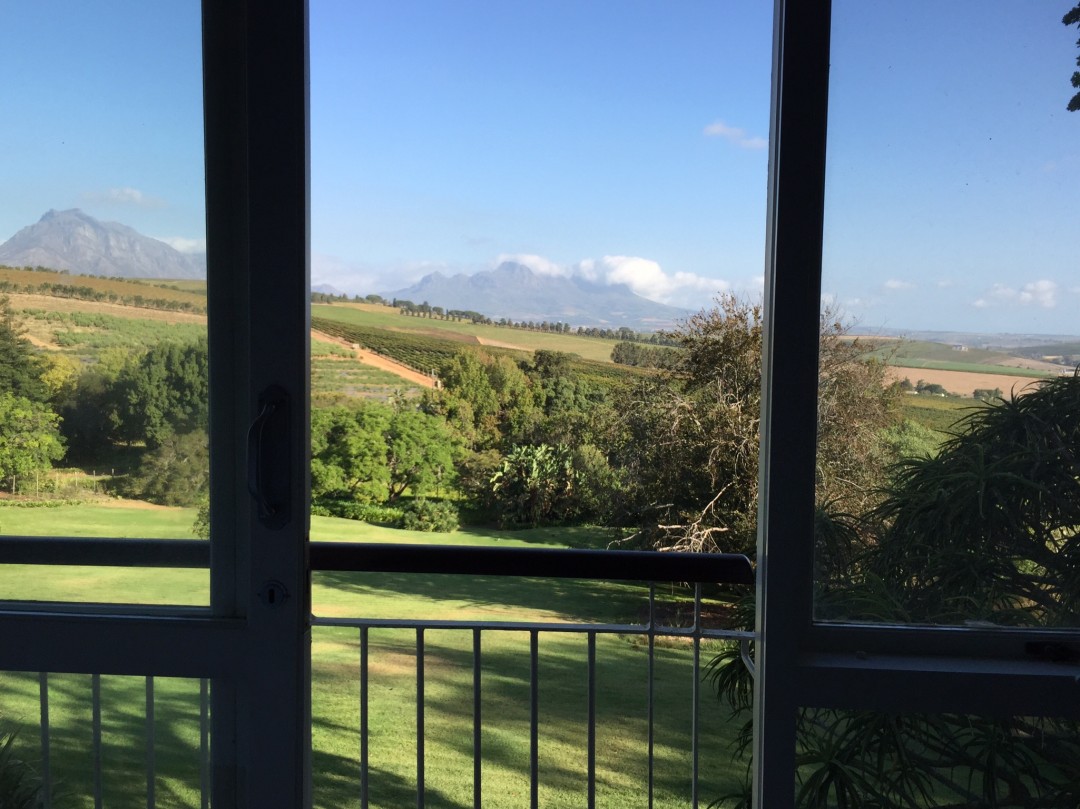 View from our room at Sugarbird Manor

We then wound are way through more mountains, studded with vineyards. We stopped for coffee at Franschhoek, which is a very fancy wine town. We had excellent coffee and explored a little before heading on to our destination, a boutique hotel in Stellenbosch called Sugarbird Manor and owned by the American winemaker of Botanica Wines, Ginny Povall. Once again, the room was spectacular and Ginny was a perfect host. I didn’t think South Africa could get more beautiful, but then it did.

The city of Stellenbosch had the first historical buildings from the colonial era that we had seen. It seemed more diverse, more bustling, more intriguing than George, Plett or Oudtshoorn, our only points of comparison thus far. We had lunch in town, gazed in shop windows, drove around gorgeous vineyards and dined at a restaurant vineyard called Longridge. We were thrilled with the blend of exotic and familiar that we were experiencing, and felt both that we were on a big adventure but that it was a comfortable one. Delaire Graff, home to a stunning château and relais hotel and equally spectacular gardens, was worth a visit. Muratie, also had a spectacular setting, though less jet setty and a little quieter and quirkier. 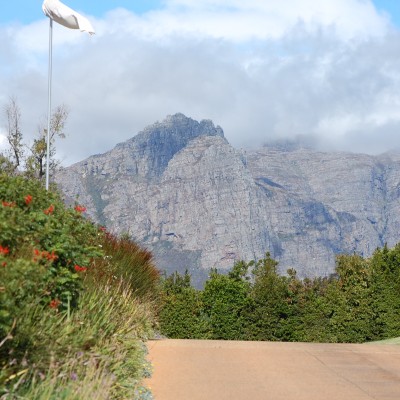 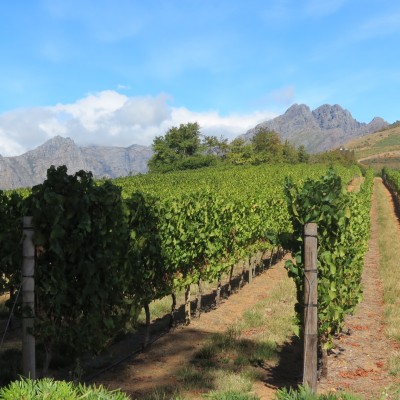 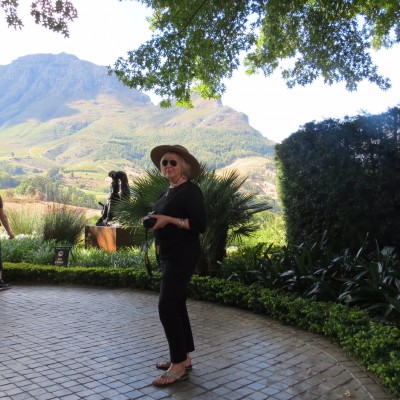 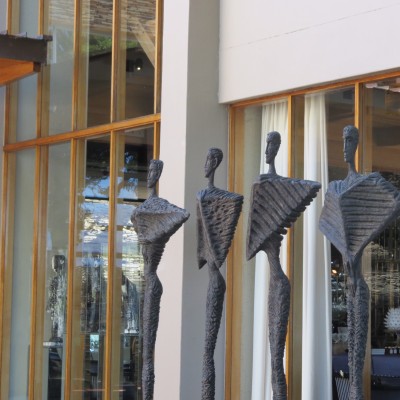 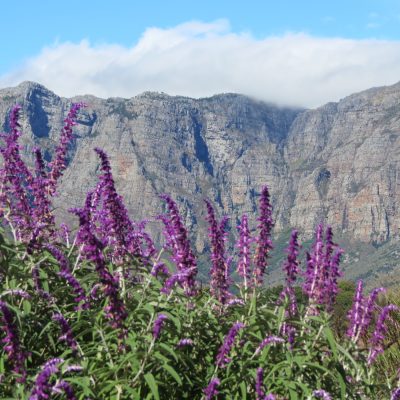 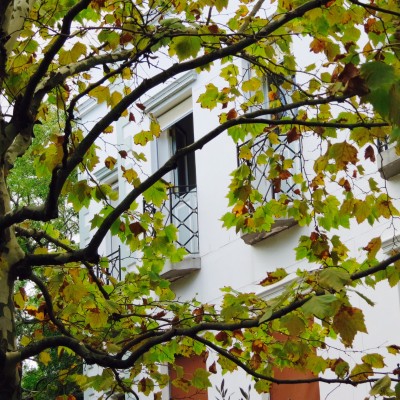 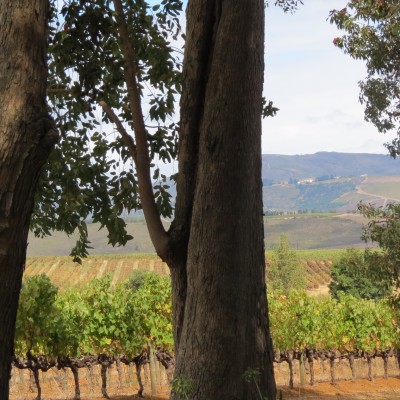 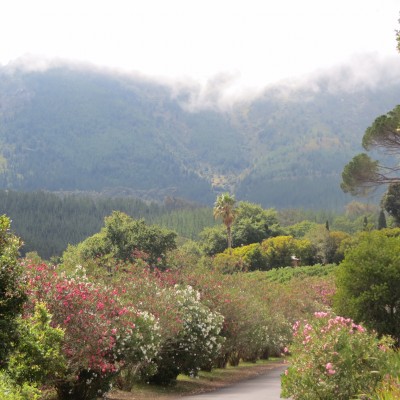 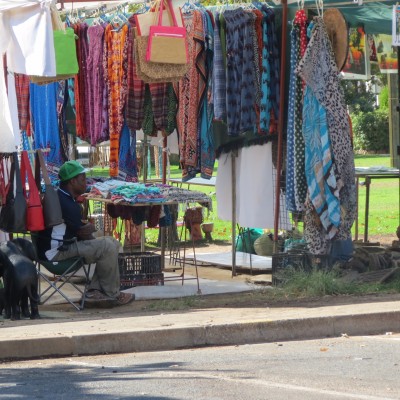 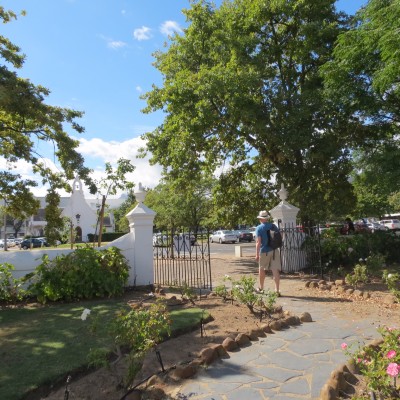 vestiges of the colonial era 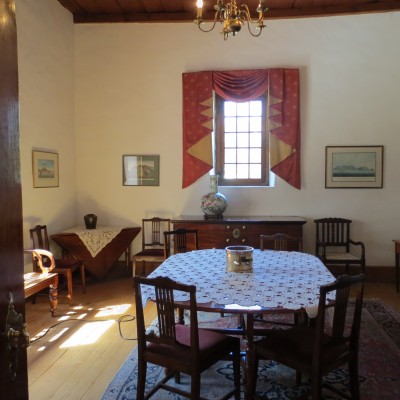 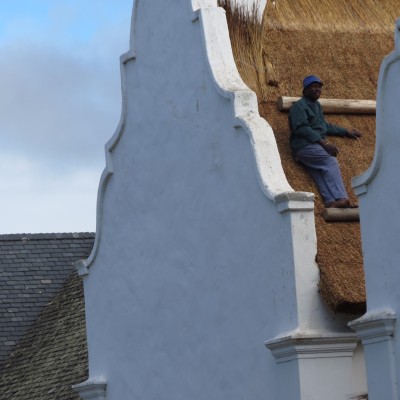 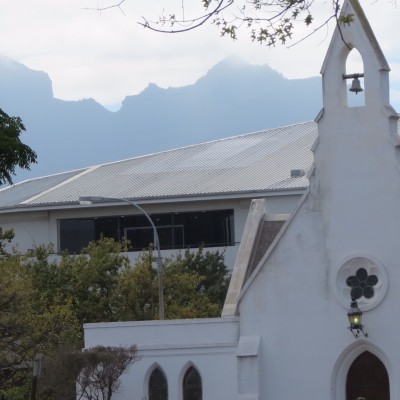 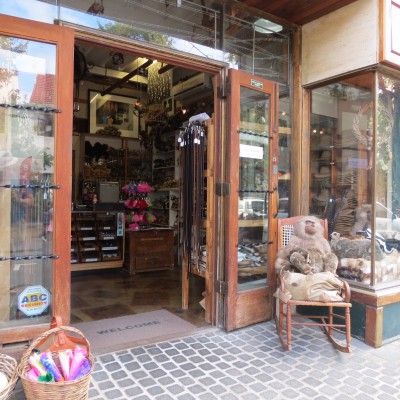 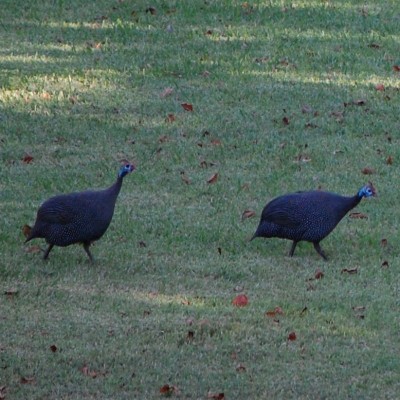 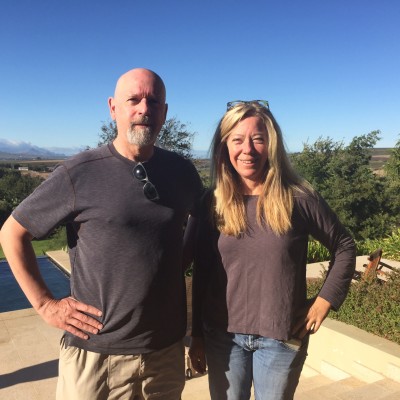 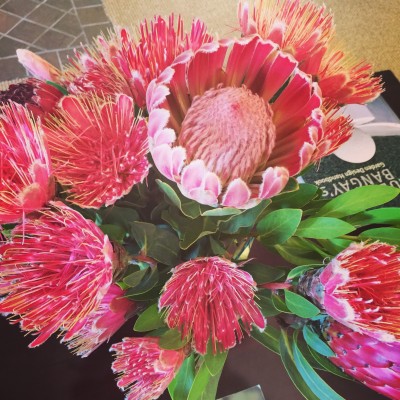 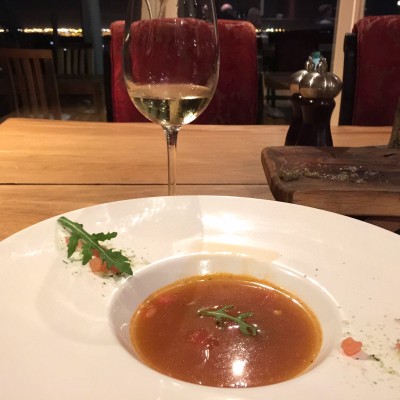 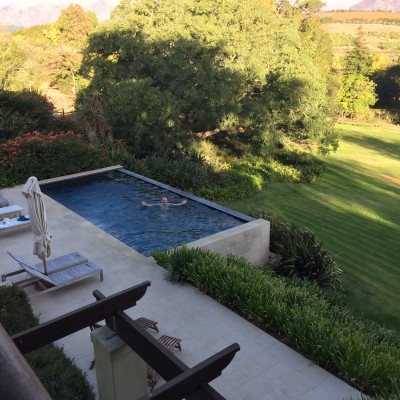 The infinity pool at Sugarbird 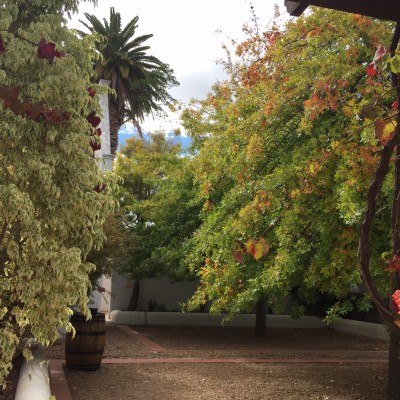 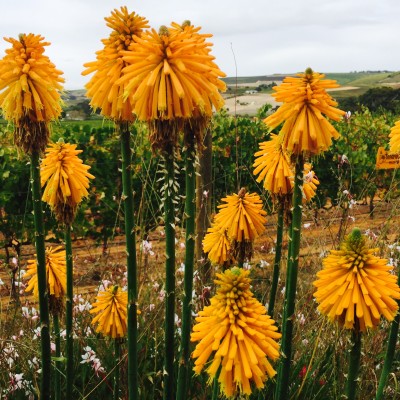 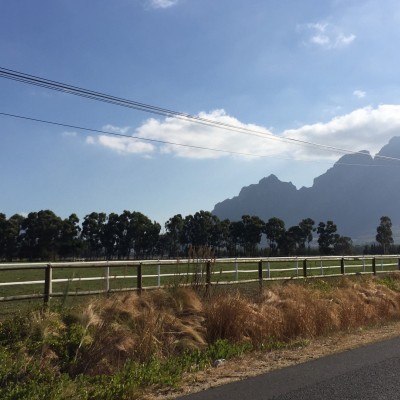