Continuing our journey through some of the underrated cities of Europe, our Slovenian friends drove us to Trieste – sort of like driving to, oh, maybe New Haven. After three vineyards and one enormous lunch we arrived to the evening light that has so captivated artists throughout the centuries. We were not immune. Yes, a little gritty around the edges, but with endless charm and typical Italian exuberance, Trieste won us over. The Austro-Hungarian facades, the pastel buildings, the festive restaurants brimming with seafood, the laughter, the music, it is a city that deserves a closer look!  We were immediately captivated by the light reflecting off the glittering Adriatic–and by the fact that everyone was drinking Spritz Aperol in all the cafés. It didn’t take us long to join in! 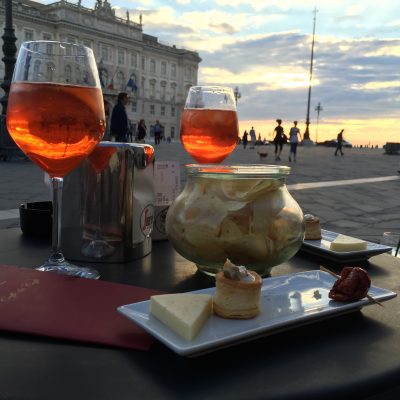 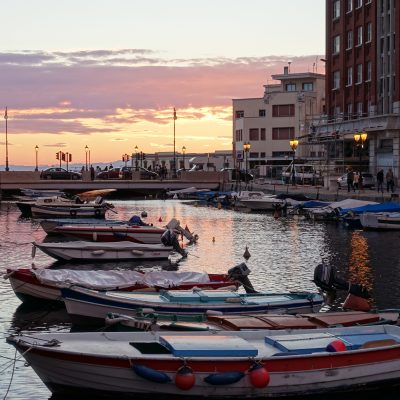 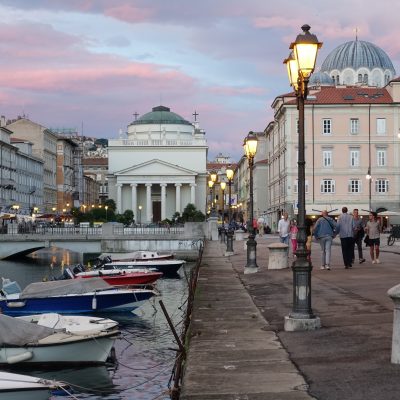 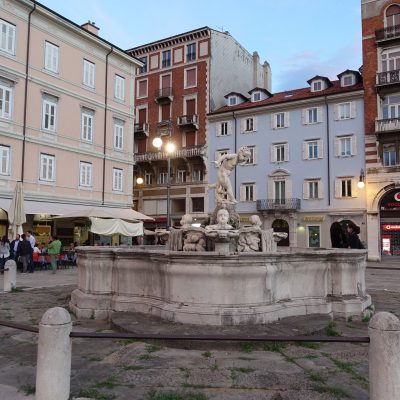 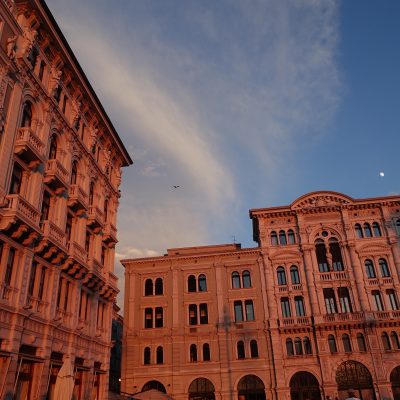 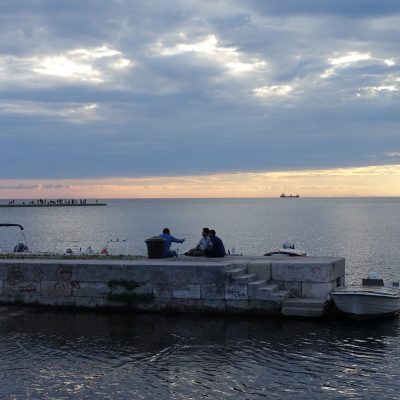 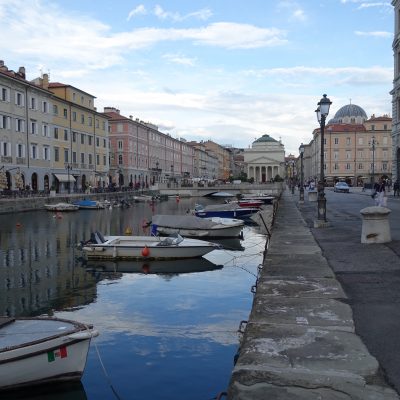 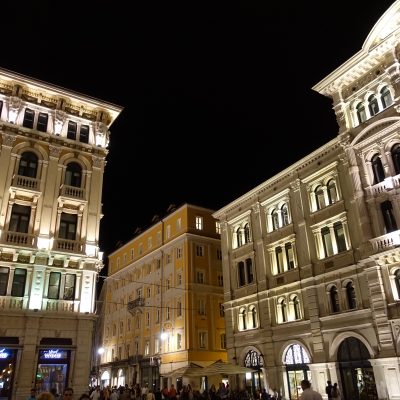 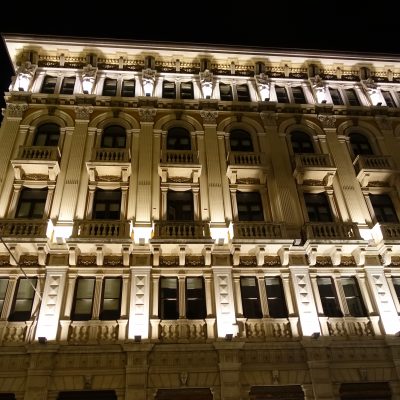 We stayed at the Palace Suite Hotel which had a great location! Our room was spacious and ultra-modern and the included breakfast, which could be taken outside on the sidewalk cafe, was great. We only had time for two dinners and one lunch, but we tried to make the most of it.

The best meal, for sure, was in a tiny place way on the other side of the hill behind the Piazza della Catthedrale:  Antica Hostaria da Libero. We went there for lunch. After climbing way up to the castle walls (great views), circling around the back and missing our mark several times we finally landed in this tiny inn of a bygone era. The only other people there were members of a big family group (an engagement party maybe?), but we were not at all uncomfortable. There was little choice in the menu, and I don’t believe it was even written. Our charming waitress basically told us you can have this, or you can have that, for three courses. 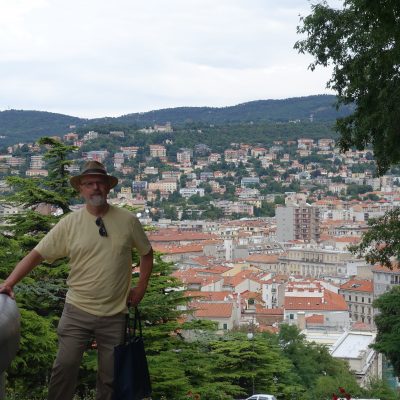 High above Trieste, the hike was worth the view, and the lunch 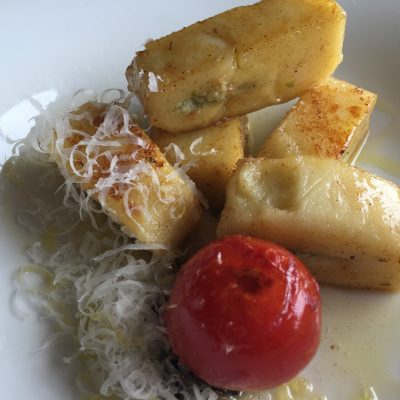 This was some kind of ethereal gnocchi-type concoction and was possibly the best thing I ate the whole time we were in Italy. Possibly.

We also tried an unmemorable place on one of the main squares, and a pretty good but very pricey spot in a charming alley not far from our hotel. The setting was cool, but, well…It had great reviews : La Chimera di Bacco

So Trieste was definitely worth the detour, but we had more to discover and so little time! We were on our way to Vicenza!