Always up for a road trip and not being fans of March in Connecticut, Ray and I revved up the Rav last month and headed south. The goals were to connect with friends and family, to explore new places and, of course, to sample the culinary fare along the way. We returned with a new appreciation of the South, a better understanding of the tragic (and continuing) costs of the Civil War, and a lot of alligator pics! Even though the weather was far cooler than we had hoped, it was far warmer than it was here in Connecticut. So no complaints!

Foremost in my mind at the moment is the sad legacy we have all inherited from the horrors of slavery. The toll was heaviest, of course, on the enslaved and their descendants, but the national economic divide created by plantation owners and their northern industrialist counterparts reverberates through so many facets of American life. I am no historian and do not intend to dwell on this, but here are a few places we visited that that helped shape a more nuanced understanding of this complex issue:

Manassas and the Battle of Bull Run (I & 2)
Manassas, VA

An excellent tour guide vividly depicted the horrors of these battles and it was well worth a visit. My knowledge of warfare is pretty basic so I was duly impressed by what I learned.

At Drayton Hall we had another excellent tour. This helped us better understand the life of a wealthy plantation owner. We learned that owners kept big houses in town where they lived most of the time. It was interesting that the house was not restored, but rather has been kept in a way that preserved the various phases of life there. It was not glorified or romanticized. An effort was made to emphasize the importance of the enslaved workers, something that we did not see in prior visits to other plantations. We learned that when the enslaved workers were freed, they often took on the surname of the owners so that their family members might more easily be able to find them. 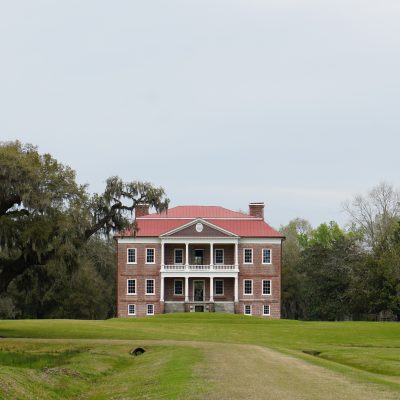 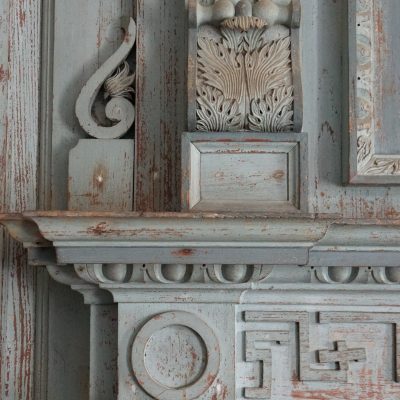 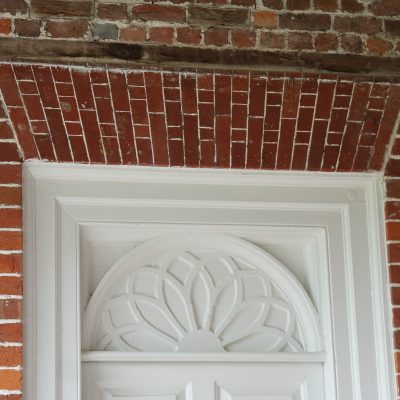 I didn’t go on this visit (too much delicious but indigestible southern food) but Ray took the tour and was delighted! We had not previously seen slave quarters in an urban rather than plantation setting, and the juxtaposition between the two rooms for 14 enslaved workers and the graceful mansion was stark! Ray also enjoyed seeing  the old bottles and other artifacts. 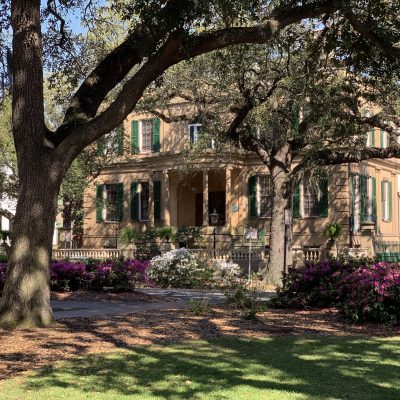 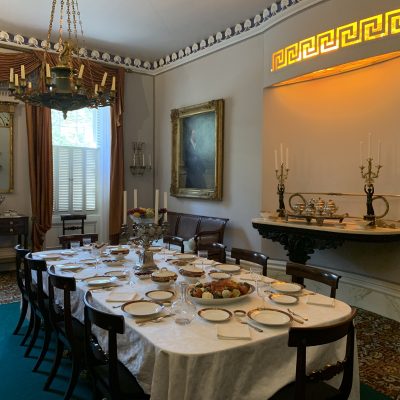 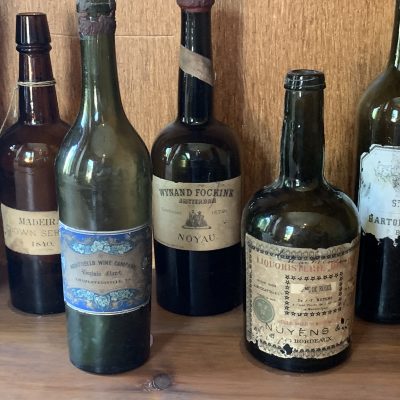 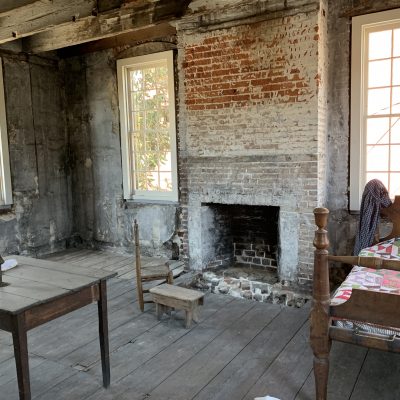 The detour to this place en route from Savannah to Atlanta was worth the stop not only for the site, but for the journey. We traveled on back roads through pine forests and cotton fields. As in all our other trips, stepping off the beaten tracks allows us to gain a better understanding than if you were to just visit tourist destinations or big cities. Our trail through rural Georgia was an eye-opener. The landscape was more beautiful than I expected, and the poverty more crushing. We did have an excellent lunch en route at Yoder’s Deitsch Haus (no website)– a real Mennonite establishment serving excellent food in a cafeteria-style setting. 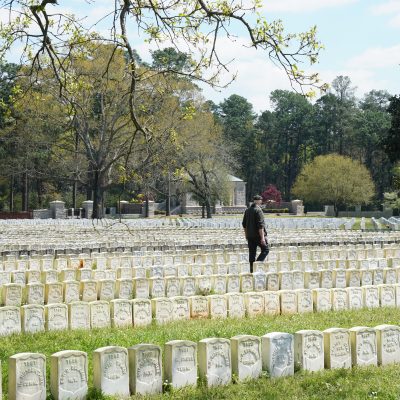 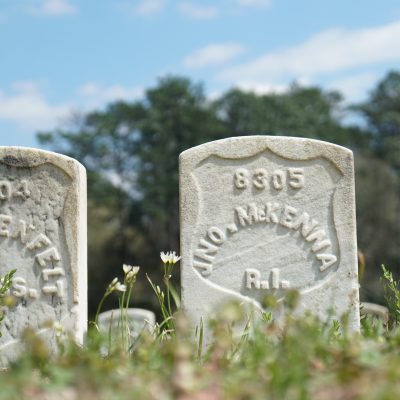 Including a McKenna from RI

If you ever find yourself in Atlanta, you should really find your way here. The Cyclorama painting was a fascinating piece of history just by itself, but the beautifully curated history of the Civil War was a wonder! I love the way all the information was presented in a variety of formats (video, artifacts, written descriptions, timelines) thus appealing to all learning styles, all ages, and all levels of prior knowledge. The teacher in me was impressed, and being a reluctant student of history (there is not any room in our house for another history buff), I learned way more than I would have had the information been presented in a more conventional format. 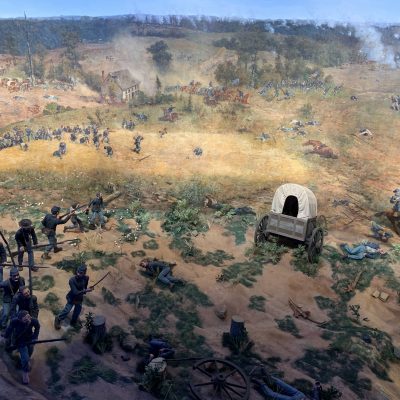 The Cyclorama was amazing 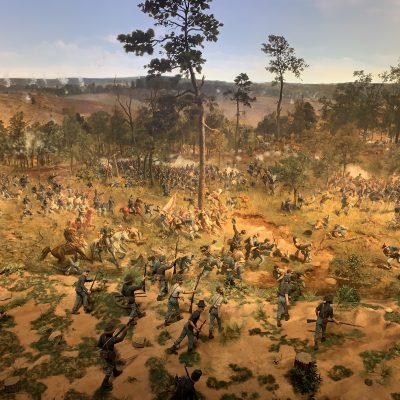 Battle of Atlanta was crushing defeat for the South 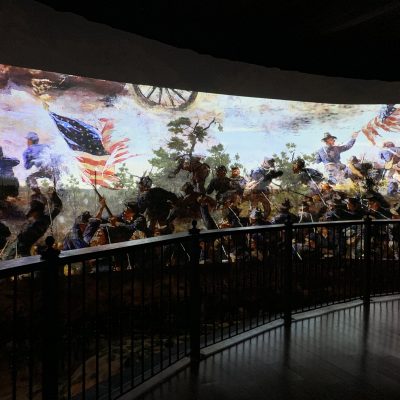 The narration explaining different points of view was well done!

Another day, another battlefield. I always kind of dread them, but I always come away with a better understanding. Despite the loss of 23,000 lives, this nominal Northern victory (they didn’t actually win much except they stopped the Confederates from taking any northern territory) was key because the “victory” allowed Lincoln to make this a war about slavery instead of a war uniquely about secession. Coming out as anti-slavery  swayed European powers away from supporting the south. 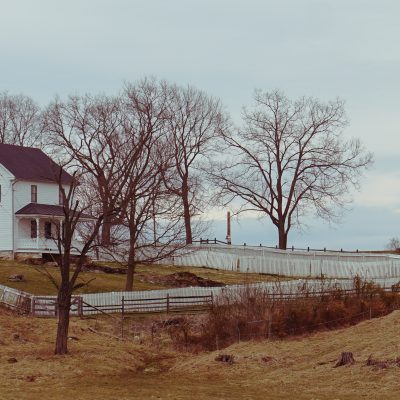 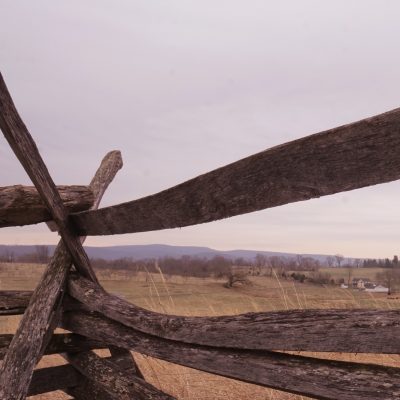 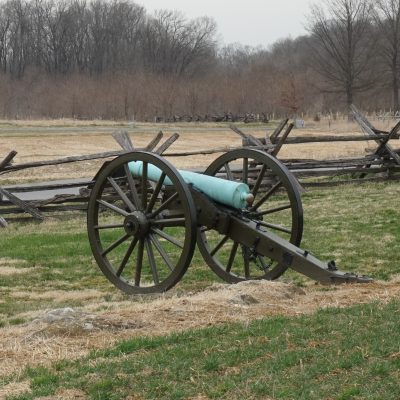 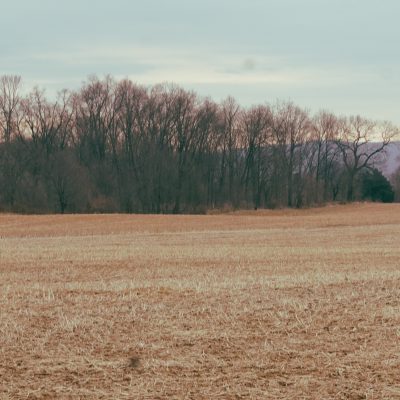 And one for the northern Industrialists–Biltmore House and Gardens

Ray would tell you that the successful industrialization in the North came as the result of enslaved workers on plantations in the South. Although Cornelius Vanderbilt’s family did not  trace their roots directly to the trade which created wealth in the North,  he nevertheless profited from a burgeoning environment of industry and commerce. Pretty much a “self-made man” he amassed enormous wealth. His estate in Asheville is jaw-dropping and a worthy testament to the talents of architect Richard Morris Hunt, landscape designer Fredrick Law Olmstead and  forester Gifford Pinchot. The dazzling display of extravagant wealth, however, was every bit as disquieting as that of the southern plantations we have seen, with the important difference that this place is still owned by the Vanderbilts. 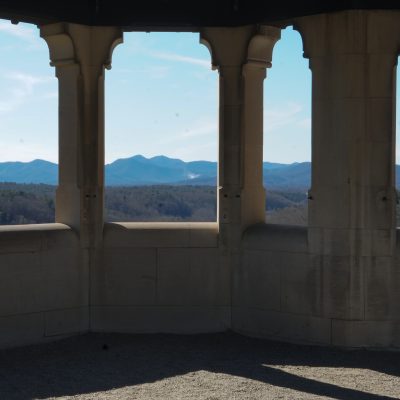 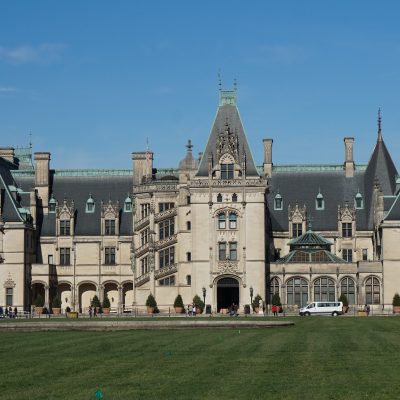 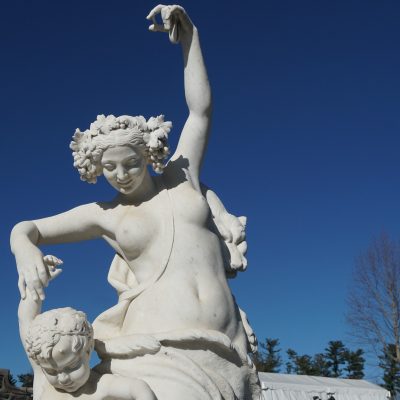 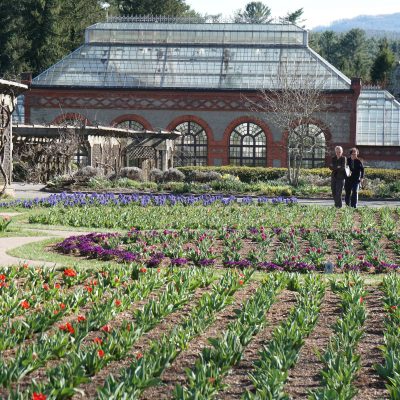 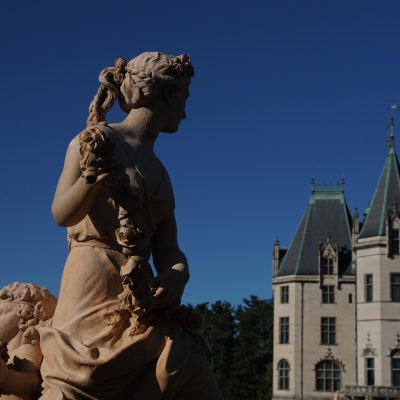 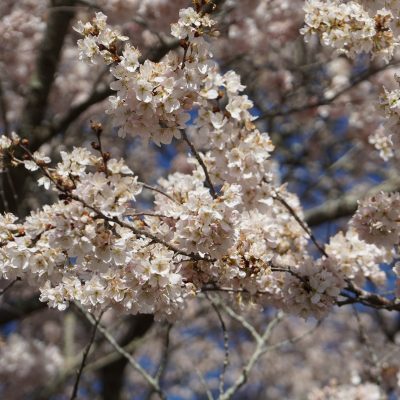 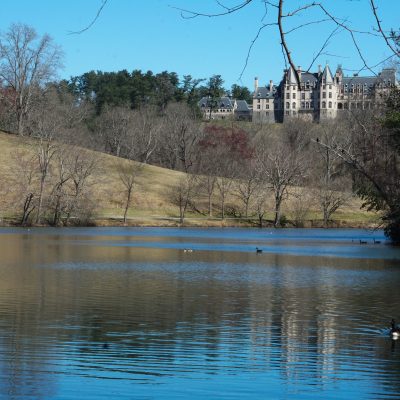 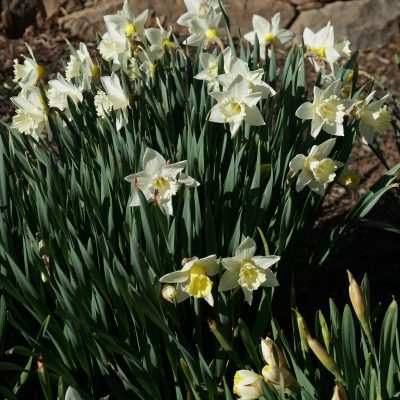 Restaurant reviews of the culinary portion of the trip coming soon! 🙂