“Travel is the only thing you buy that makes you richer” – Anonymous. 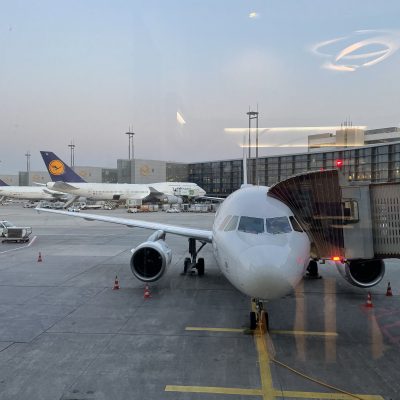 When Ray and I announced to friends and family that we were going on a two-week long Smithsonian Journey to Portugal and Spain in March the news was met with a variety of reactions: sharp intakes of breath, rolling eyes, enthusiastic congratulations and silent skepticism.

Admittedly, we were a little nervous ourselves. So was the Smithsonian. It was only in the last two weeks that it became certain that the trip would not be cancelled. Portugal was listed as a CDC level 4 (do not travel), but then, so was Canada.

I was particularly terrified about the testing regulations on both sides of the Atlantic (more below). So it was with great relief that we received negative PCR test results from CVS in South Windsor in plenty of time to clutch them neurotically as we arrived in Lisbon. Did anyone ask for them? Nope. We were asked for our return plane tickets when we passed through Frankfurt, which I had in multiple formats, but in my panic could not locate. The customs guy in Frankfurt took pity on me and waved us on.

No problems arriving in Lisbon (aside from extreme fatigue) and we were met, as promised, by our pre-arranged driver to our hotel. There we joined a sparse few other canaries. Nine to be exact. Eight others very much like us–boomers afraid that their traveling days might be nearing an end and desperate to get back at it, and one single guy who was marching to the beat of a different drummer. So a much smaller group than the 24 maximum size.

So was it worth the worry? Yes!!

Here are some pros and cons that you might consider if you are thinking about heading out to explore the rest of the world.

In conclusion, we have no regrets, we had an awesome time, and the whole covid thing was far less scary in reality than in my pre-travel imagination. Here are a few moments to express our joy and wonder at being back at it!