What do we like to do in Paris? Eat, drink and walk. And walk. And walk, We arrived in Paris on Friday evening and by Tuesday evening we had walked 40.4 miles and climbed over 100 flights of stairs! That is what comes of staying near enough to Montmartre to making walking up feasible, and also from having friends who live there. It was a joy to be atop Paris in the evening with the music emanating from everywhere, the peals of laughter, the delightful mixture of languages. I think it is the memory of three evenings in the shadow of Sacré Coeur that will stay with us the longest! 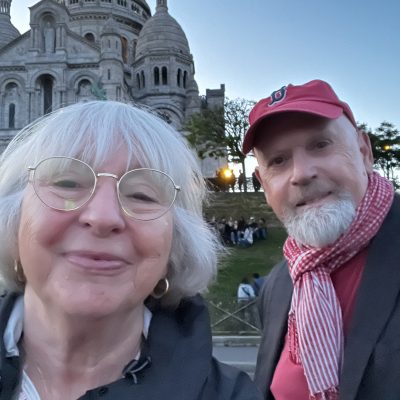 It’s all downhill from here! 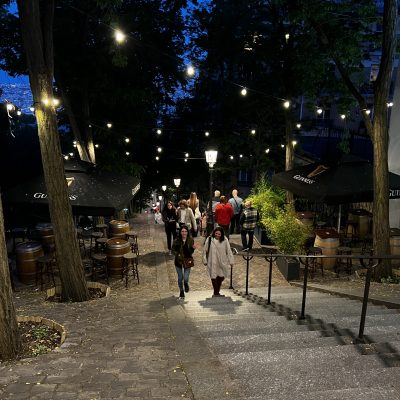 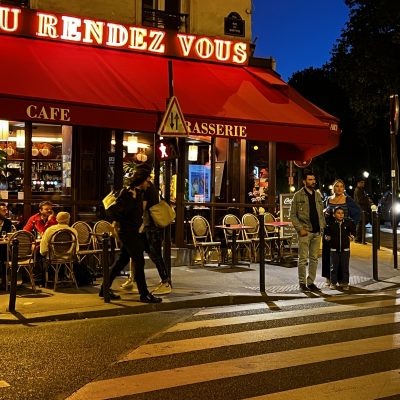 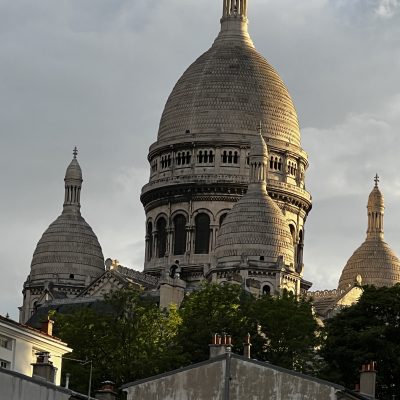 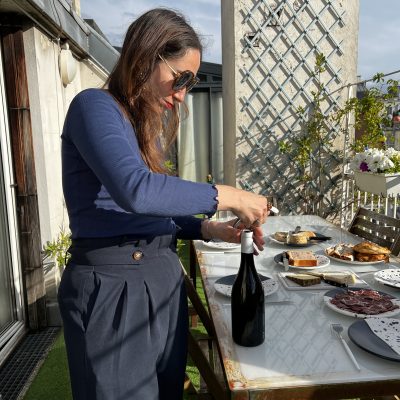 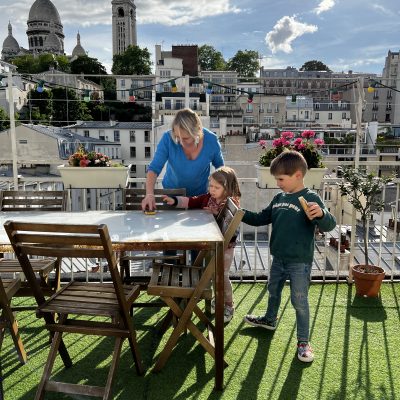 Of course, a certain amount of traditional site- seeing is de rigeur! We chose to go to the Catacombs of Paris, which somehow we had never seen despite its proximity to the hotel I stayed in with students several times! So armed with our Navigo Easy passes (something like a Charlie card if you’ve been to Boston) we hopped on the Metro, sped over to Denfert-Rochereau and found ourselves at the entrance. Having previously bought tickets online, we headed to our queue and within minutes were about six flights under Paris.

In the late 1700s doctors and scientists believed that decomposing bodies in the cemeteries of Paris was having a deleterious effect on the health of its inhabitants. Milk was going sour within hours, people were getting inexplicably sick and the wine was going bad!! Quelle horreur!. Something had to be done with all the dead bodies in all the cemeteries of Paris. There were many, many of them. And so they brought them in horse drawn hearses at night to this underground cavern on the outskirts of Paris . For years and years! Fascinating! 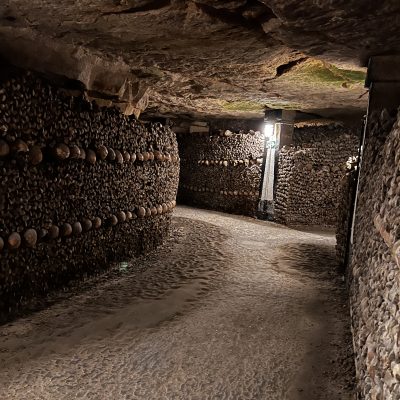 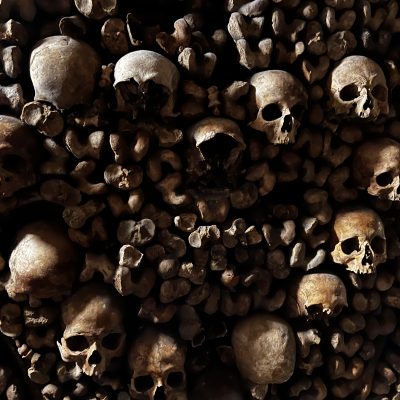 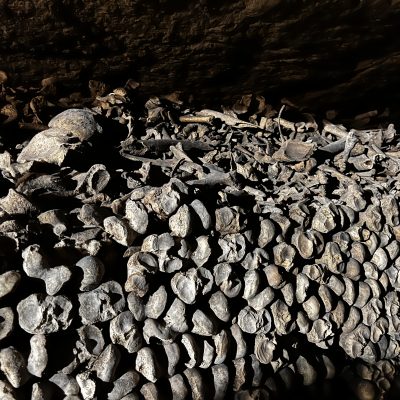 After all those skeletons we needed some nourishment, so on our long walk to our favorite museum in Paris, the Musée d’Orsay, we stopped for lunch!

We love this museum both because of the impressionist and post-impressionist paintings it houses (along with a lot of other stuff) but also because of the architecture of the museum itself, which was created inside an old train station all the while preserving itse integrity. It is, of course, hugely popular–especially with Americans. Even though we have always been great appreciators of art, this is the only art museum we chose to enter this time. Given the crowds of tourists that are joyfully back in Paris, we tried to keep indoor activities to a minimum. Once again, I  booked tickets in advance– a good idea–  and we were able to slide right in, easily evading the long queues. The time of the reservation didn’t seem to matter. Not surprisingly, inside there were millions of people, most not wearing masks. We wore ours because we are old and we don’t want this trip to get messed up by getting sick. So far so good! 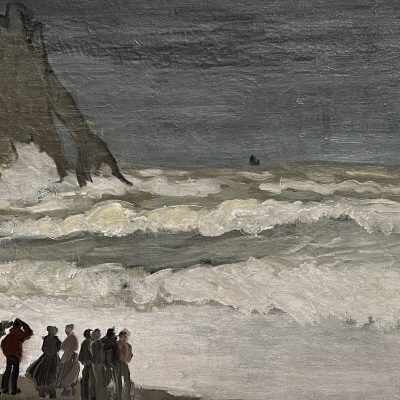 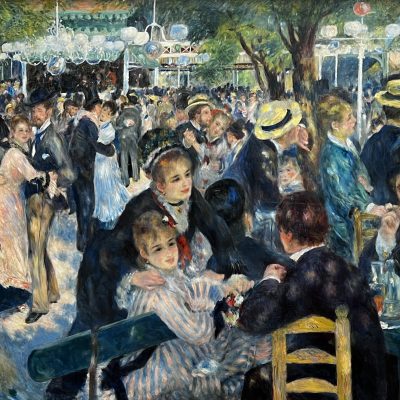 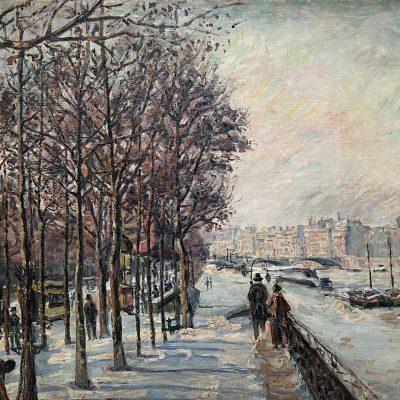 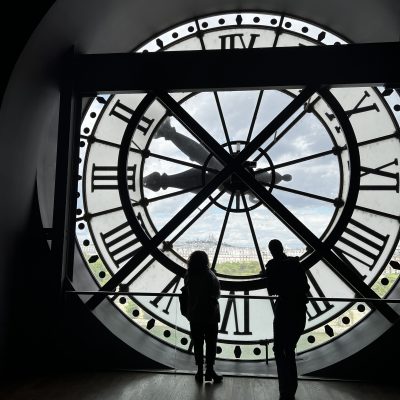 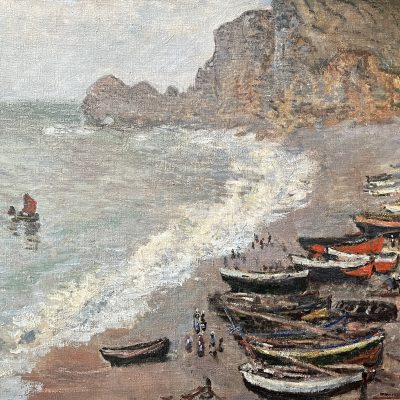 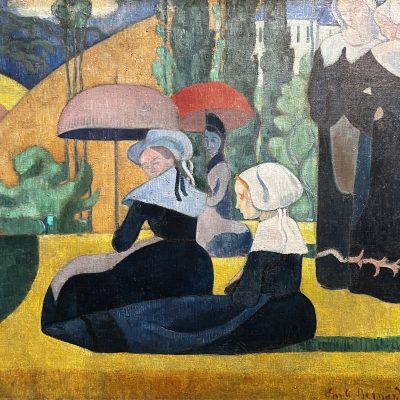 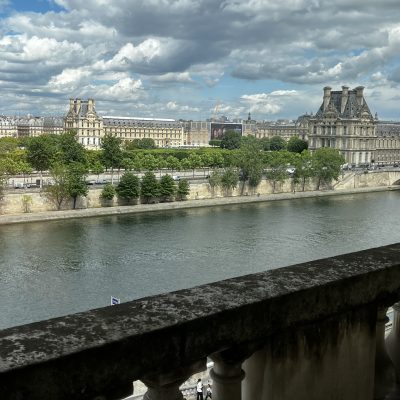 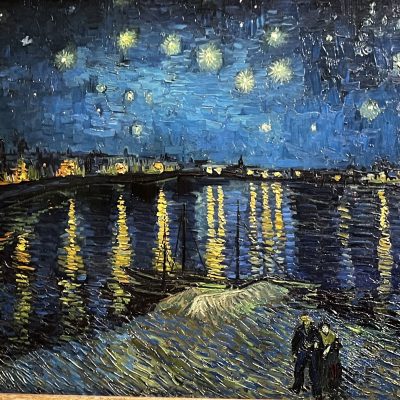 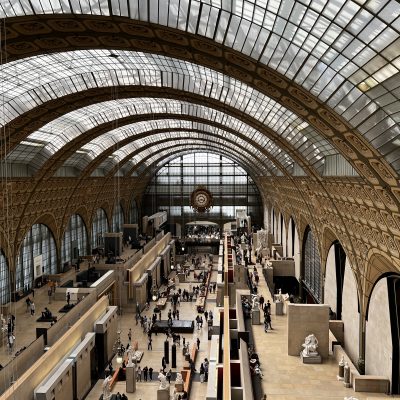 Even though masking does seem to have been dropped by 95% of the population and almost all of the visiting tourists, one of the things that has remained from two years of lock down is contactless payment–everywhere! You seriously don’t need cash. We just pointed our iPhones at the little machine and voilà. No curly little pieces of paper to sign, no weary regards from servers who were quietly muttering to themselves “Oh, ces Américains!”

But these Americans are on their way out and off to another adventure. Au revoir Paris! A la prochaine!