from “Verdun” by Anna de Noiallie

Having traveled the length and breadth of France for over fifty years, there are few spots we don’t know and love. There was a gap, however. In 1972 we did drive through Lorraine in our blundering, naive, twenty-two year old fashion, but we had not returned. When a friend told us about a trip to Verdun and along the Moselle and the Marne I began to think we should head that way ourselves.

We were both very aware of the importance of the region both in the Great War, as it was known, and in World War II, and I had studied enough French literature to have the word Verdun send shivers down my spine. So maybe this was the time.

Lorraine, the ugly sister of Alsace, and the forgotten corner of France,  is known mostly for coal and iron mining, for smoke spewing industry and gray buildings. But even the somber moments we spent at the Memorial Museum in Verdun,  the haunting underground networks of Fort Douamont where so many young soldiers perished, and the steps we retraced through the trenches that rose and fell through the undulating hills could not dampen our nascent love of this place. 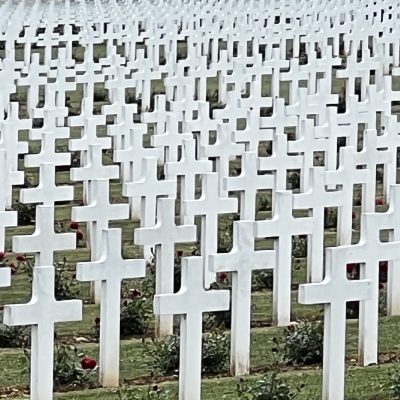 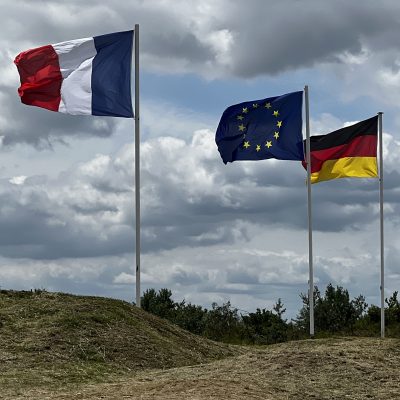 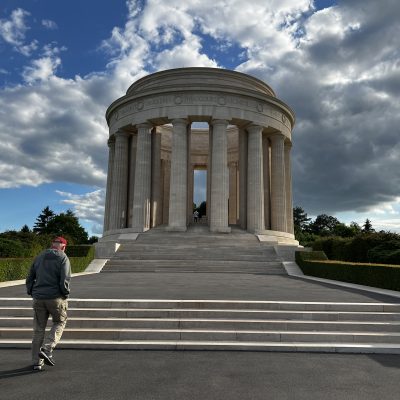 For in May of 2022 we were blessed by some moments of liquid sunshine and glittering sunsets. Fields in a million shades of green and yellow unfolded before our amazed eyes. 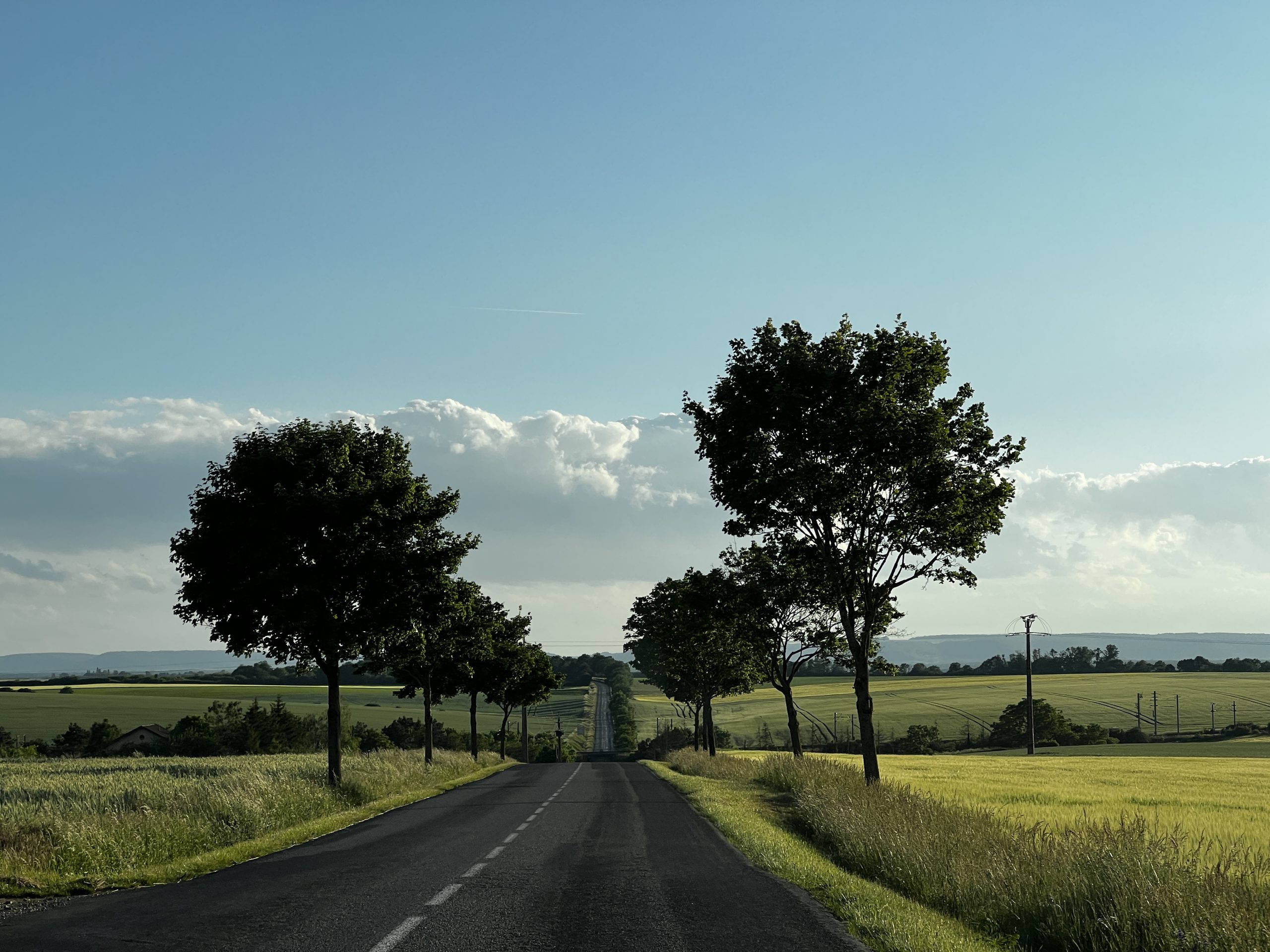 We stood transfixed below the towering nave in the cathedral of Metz (the third highest in the world) and before the stained glass windows by Marc Chagall. We ambled along the pedestrian streets and by the golden stones of the buildings to the banks of the Moselle. Here we joined six French tourists on the Bateau Solaire, piloted by a jolly Metzien named Robert. Yes, the boat runs on solar energy! It does have a back up, but the sun and the wind were with us as we silently glided between the islands in the Moselle, surrounded by forest and birds in the middle of a city of 250,000. 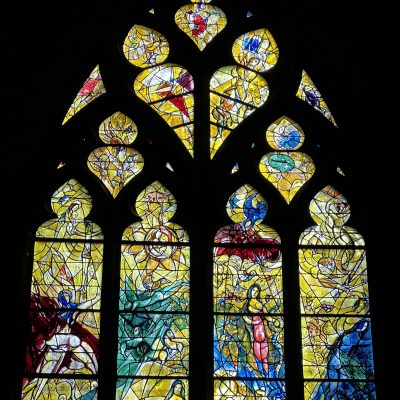 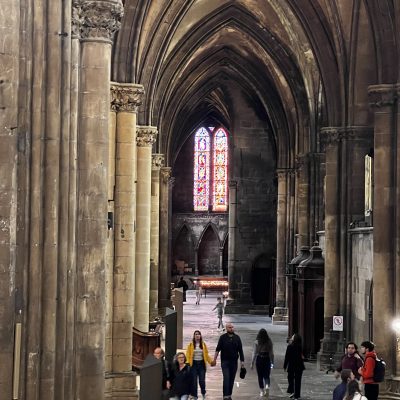 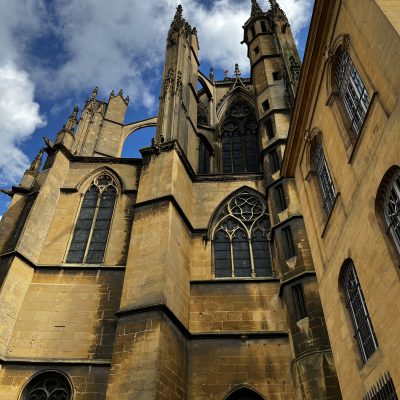 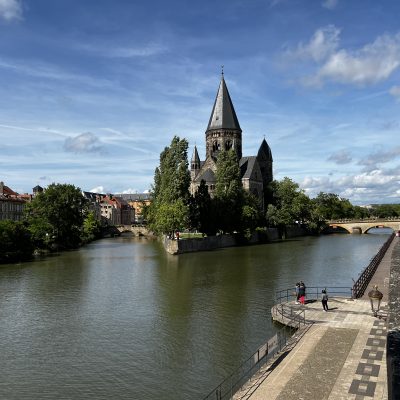 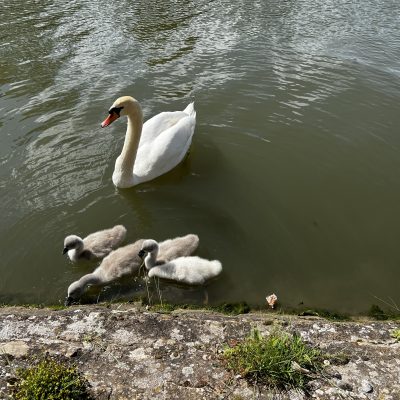 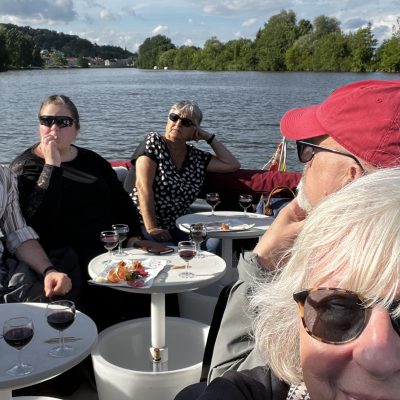 Each evening we returned “home” to the little hamlet of Hattonchatel. We found our Airbnb across from the chateau and Paul and Isabelle were waiting for us with smiles, gifts of wine, homemade jam and freshly picked strawberries. Their “gite” had been lovingly restored. Every decorating detail was considered, from beautifully framed old prints and posters, to the orange Italian hanging light over the dining room table. If you plan a road trip in this part of France, this is definitely the place you should stay in!

Hattonchatel and most of the surrounding villages had been totally obliterated in World War I and the chateau was a jumbled ruin. Thanks to an American philanthropist, Belle Skinner, it was restored. In one of those moments of coincidental personal connection it turns out that “Miss Skinner” lived in Holyoke, Massachusetts, only ten miles from where we raised our children.  There is a Skinner Park in Massachusetts and in Hattonchatel there is a “Miss Skinner” street. Her portrait hung in the master bedroom of our gite! If we didn’t already feel we belonged here, that fact certainly hooked us!

We dined in the beautiful chateau and bought our croissants down the hill in the slightly bigger village. We roamed the countryside on the backroads of seemingly endless pastures and fields of grain interspersed by forests. We have gained a totally new appreciation of this region and hope one day to return.

Oh, and if you decide on a road trip in France, please read a post I will be publishing soon on some driving tips in France. 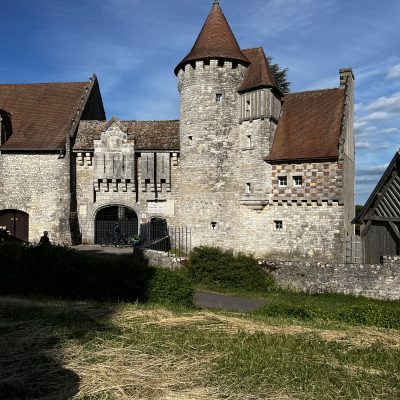 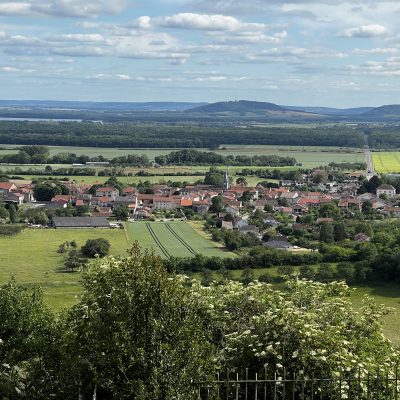 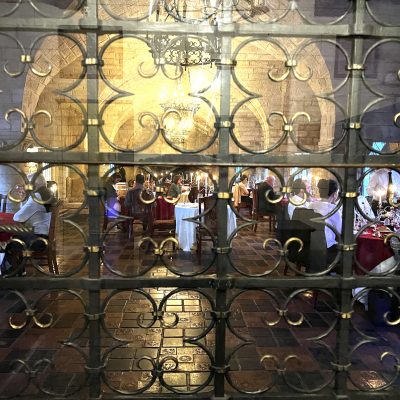 The dining room of the chateau 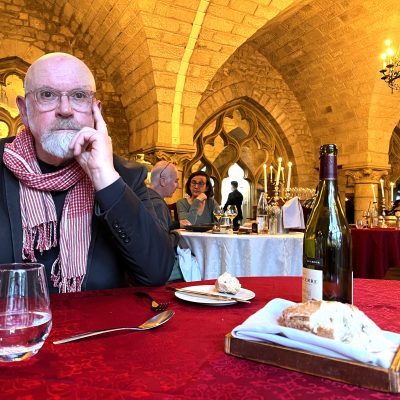 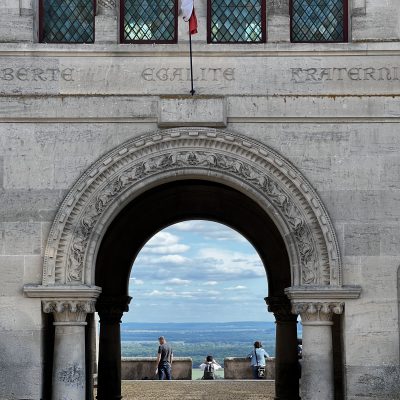 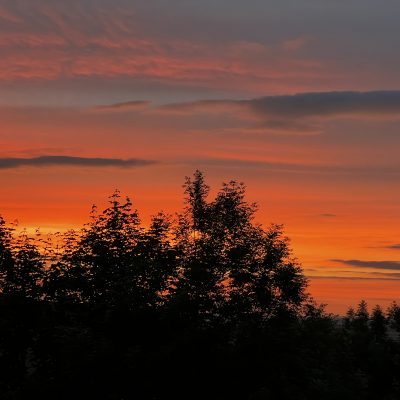